“What spirit is so empty and blind, that it cannot recognize the fact that the foot is more noble than the shoe, and skin more beautiful that the garment with which it is clothed?”

Nude paintings are an important part of art history and have existed for as long as art has been created.

Across all cultures, nudity in art has been through a journey of changing symbolism.

In course of western art, nude art has existed since the Greek period, where the nude male sculpture was associated with Greek ideas of moral and physical beauty, nobility, athletic talent, and high moral values.

Whereas the female nude embodied fertility and procreation.

But with the arrival of Christianity, portraying naked bodies apart from theological reasons was rather associated with weakness and defenselessness.

Nude in paintings and sculptures were reintroduced to western art during the Renaissance period.

Where classical learnings, Ancient Greek models, and the Rome period were rebirthed while using modern techniques.

In the 18th and 19th centuries, nude paintings were a popular feature of mythological and allegorical genres.

The impressionists pushed against the established notion of mythological or historical nudes by painting and displaying bold, and surreal nude artworks.

But despite the symbolism of a nude, the very basic reason for depicting the naked body has been constant over time – the human body is a wonderful sight to behold, both clothed and unclothed.

Let’s Uncover the most famous nudes in art history and their impact beyond time.

The painting of lady Godiva is based on a legendary story and was considered one of the most famous nude paintings of the 19th century.

This naked painting is based on a famous poem by Lord Alfred Tennyson (1842).

As the tale goes by, the ruler of the Anglo-Saxon earl of Mercia abused his people by levying very high taxes on them.

His wife Lady Godiva was concerned for her people and often argued with her husband -insisting to lower the taxes.

Her stubborn husband said that if she were to roam the streets naked; he would reduce the taxes.

With immense bravery, she dared go on the streets naked on a horse and not one came out of their house.

Out of their respect for their lady.

The painting is painted in such a way that her private parts are covered with her hair and posture.

Throughout the history of nude art, there is no nude painting more famous than the Birth Of Venus.

And for many reasons, it’s hailed as one of the most iconic paintings in history.

In this awe-inspiring scene, he incorporates the birth of the Greek goddess Venus along with other metaphorical creatures.

This famous nude painting was painted in 1485, depicts Venus striking a modest pose, compared to many nude paintings below in this list.

She is shown covering her body with her right hand and her genitals with her long hair.

A work of art that inspired many great artists to paint their version of the nude.

This reclining nude was different from many paintings during the time it was produced.

This Visually seductive painting stands out for a lot of factors, but a feature that cannot be ignored is her gaze.

Venus stares out unabashedly to her viewers, daring them to look away and yet provoke desire.

At that time, to exhibit a nude woman with such yearning and sensuality; it had to be an allegory or have a religious notion.

It is a masterpiece that continues to inspire generations of artists, such as Edouard Manet Amedeo Modigliani, Jean-Auguste-Dominique Ingre, and many more.

This list is incomplete without mentioning Edouard Manet’s Olympia; A sensational painting that fits its period, showing the viewers the girls of their times.

Olympia is a woman that resonates with reality. Unlike the Venus of Urbino.

Manet wasn’t the only one, many came after him, evolving Venus to mirror the reality of their times and changing values of their world.

From Gustave Courbe’s Sleeping Nude Woman to Mickalene Thomas’s A Little Taste Outside of Love, is the perfect example of it.

This masterpiece on the ceiling of the Sistine chapel illustrates a scene from the book of Genesis, where God is bestowing life to Adam.

But there is always more to a painting than what meets the eye and this nude artwork is no different.

And if want to know more about what this mysterious art is hiding, check out Painting Mysteries

And the woman here is nude, proud, and unashamed, displaying herself as a challenge.

This scandalous painting is said to be the sexiest painting of all time.

Depicting a confident-looking woman, lying naked on a couple of plush cushions.

Her gaze – is directed toward her viewers, looking right at them with confidence.

Unashamed to be naked, this reclining nude is said to be the earliest known work from western art that depicts a nude woman’s pubic hair without any negative implications around it.

A provocative icon of modern art that has caused a stir even after 100 years of its creation.

The origin of the world is as beautiful as it is audacious, the work of this French master portrays a woman by her vulva.

Her hips are slightly apart only to reveal a hint of her pink virginal lips along with the contrast of her black pubic hair and white sheets.

Courbet’s depiction is particularly fascinating as it doesn’t portray the woman with any allegory or historical device.

With great technique and refinement of his amber color scheme, this painting evades pornographic status.

But we can’t move on from this artist without mentioning his Sleeping Nude Woman, (1862)

Another scandalous painting that only hung on the wall of the Salon for just 6 minutes.

The raw power and shocking realism of this nude painting were considered too radical for any establishment at that time.

Throughout history, male nudes in art are not as celebrated as their female counterpart.

This nude male painting by Caravaggio depicts the theme “love conquers all”.

Victorious cupid. The painter’s “boy the laid with him” strikes a homoerotic pose.

With his hips thrust forward and his bare legs raised to give the fullest view of his penis.

A painting that undeniably takes after Michelangelo’s victory but is more sensuous, dirty, and dangerous.

The boy’s mocking yet provocative smile depicts that earthy love is more important than the highest moral and intellectual values of human ambition.

The Sleep of Endymion portrays the tale of the Aeolian Shepard, Endymion, who loved the moon.

Tale depicts him as the first astronomer to see the movement of the moon because of which he falls in love with the moon or the moon goddess.

The dynamic perspective shows a feminine male form that flirts with sensuality.

Creating a tantalizing, mysterious artwork that compels its viewers to see and appreciate a male body that isn’t too overly masculine.

The ideal view of masculinity taught at the academies was slowly bring rejected to make way for real people.

This life-size painting depicts a scene of several bathing men on the beach.

There are multiple figures in the scene, both in focus and background.

Munch along with many of his contemporaries in the 19th and 20th centuries have explored this theme.

Painting such scenes wouldn’t have been possible before the 19th century, as Victorian society wouldn’t have allowed engagement before.

Freud is one of the most famous figurative painters of the 20th century.

The style of his paintings has changed drastically over the years but the subject matter – the human body has remained unchanged.

His compositions often reveal the humanity of his subjects.

Freud’s subjects are never strangers they are always people in his life.

He believed that professional models lack intimacy and don’t share their real emotions as they are so accustomed to being naked.

His mature works, with the likes of Naked man with the rat, are often unflattering and many times even unflinching representations of the human body.

Egon Schiele lived a fairly short but intense life where he remained quite productive throughout his career.

Barred from society’s notion of beauty, his unrestrained portrayal of the naked human focuses on his own scrawny body.

In this remarkable radical image, the painter portrays himself diagonally across the large white canvas with a certain sense of sensitivity.

Taking himself as the subject of art he uses his body to express emotions, it is sexualized, it’s violent almost like he seems to be nothing but a physical shell of the interior intensity.

Nude in art; A tradition, rebellion, or simply daring.

It is a part of history since maybe even before history had been recorded.

These famous nude paintings are more than just a presentation of sensuality.

Nude in paintings is a form of study of the human body and represents the human without and sense of material or time.

The nudity in art reminds us that the human body can be both beautiful and grotesque, innocent and sexualized, free and controlled.

Art, of any kind, has a way of holding deep symbolism, especially paintings.

With art, you can say things that words can never convey.

So, if you have memories to cherish forever or love to confess or just show the world what you’re proud of; A painting will help you do that.

With PortraitFlip, you can convert any photo into a painting.

Check Out our Gallery!

I hope with this article you were able to experience the true meaning of some of the most famous nude paintings of western art.

Let us know about your favorite nude painting in the comments below.

If you liked this article, do share it further!

And if you have reached here, thank you!

This is Kritee. She loves to read and write about art. She puts her honest emotions and opinions into what she writes with which she aims to resonate with her readers. 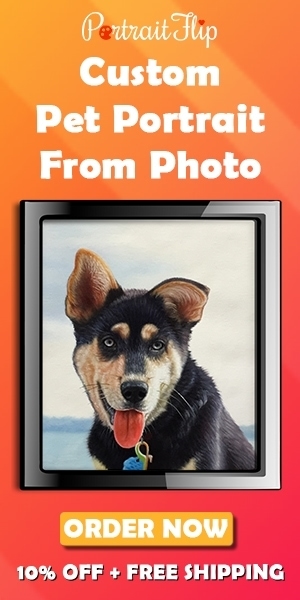 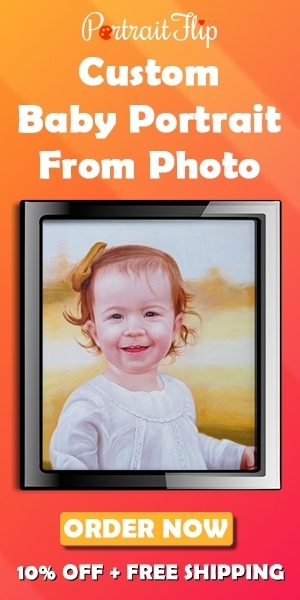 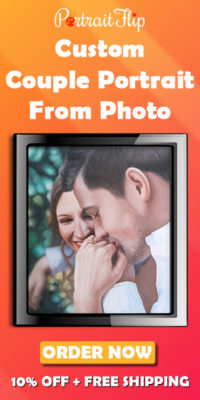